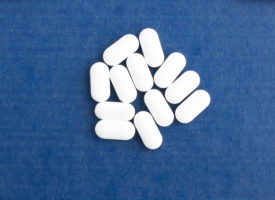 Rita’s multiple sclerosis progressed to the point that she had to use a cane or wheelchair to get around. Then she started taking LDN. She now jogs three miles every other morning. “Not bad for an MS patient,” her husband reports.

Joy suffered with chronic fatigue and fibromyalgia for nine years. There were many days she couldn’t even get out of bed, which put an end to her nursing career. Nothing helped until she got a prescription for LDN after reading about it in Health & Healing. Within five days the pain was gone, and over the next two months her fatigue subsided. “Today, I continue to have the same great relief.”

Mark began taking LDN for Crohn’s disease, and his symptoms rapidly improved. “After 14 years of pain and diarrhea, I call LDN my miracle drug.”

J.A. was diagnosed with pancreatic cancer with metastasis to the liver, a routinely fatal disease. When he failed to respond to chemotherapy, he was told his prognosis was “hopeless.” Three months after he began treatment with LDN, antioxidants, and nutritional therapies, he returned to work. Eight years later, he was still alive and well.

Hope used to get cold sores every three to four months until she started taking LDN five years ago. She has had only five outbreaks since. Harry swears it staves off colds and flu, and Laura considers LDN to be an important part of her prevention and wellness regimen.

What is LDN and how can it help so many diverse health concerns? Low-dose naltrexone (LDN), as its name implies, is simply a low dose of naltrexone, a drug that was discovered more than 50 years ago.

In doses of 50 mg, naltrexone is an FDA-approved treatment for alcohol and drug dependency. It blocks the euphoric and sedative effects of alcohol and heroin, oxycodone, codeine, and other opiates, so if people taking naltrexone use these substances, they don’t get high and cravings diminish.

In doses of 3-4.5 mg, however, naltrexone is a versatile therapy with proven benefits for autoimmune diseases, fibromyalgia, cancer, depression, and more.

Although the uses of regular-strength and low-dose naltrexone are diametrically different—dose really matters when it comes to this drug—the benefits of both hinge on its ability to bind to opioid receptors and modify endorphin activity.

Endorphins: More Than a Runner’s High

Endorphins are naturally produced “feel-good” neurotransmitters that attach to opioid receptors, enhance mood and sense of well-being, and reduce pain perception, anxiety, and depression. Exercise is renowned for boosting endorphin levels (runner’s high), but pain and stress—as well as laughter and sex—also promote their release.

Opiate drugs and alcohol produce pleasurable feelings by mimicking endorphins and attaching to opioid receptors. Naltrexone prevents this response by occupying and blocking access to these receptors, which makes it a popular treatment for substance dependence.

However, endorphins’ effects are not limited to the brain. Produced throughout the body, they also play a key role in the immune system, and very low levels are associated with immune dysfunction. LDN enhances immune function by boosting endorphin levels. It binds to opioid receptors, displacing naturally produced endorphins and “tricking” the body into producing more of these pain-relieving, mood-boosting, health-enhancing compounds.

What is most remarkable about LDN is its versatility. When taken by patients with autoimmune diseases, which are marked by an overactive immune system, it quiets things down and reduces inflammation.

Yet when immune function is low, as it is in those with cancer, infectious diseases, and generally poor health, LDN increases the production and activity of macrophages, natural killer cells, bone marrow stem cells, and other immune components. One type of endorphin actually inhibits cell proliferation and the growth of some cancer cells.

Because of endorphins’ positive effects on mood and pain, LDN is also a proven therapy for depression, post-traumatic stress disorder, and chronic pain. And since immune dysfunction and neurotransmitter imbalances have such far-reaching adverse effects, LDN is successfully used for a broad range of health challenges.

Several published clinical trials have been conducted on LDN. They include, but are not limited to the following conditions:

An estimated 300,000 people worldwide are using LDN today. It’s inexpensive, averaging $30-45 per month. It’s safe and well tolerated; the most common side effects are sleep issues such as vivid dreams or insomnia and gastrointestinal upset, which usually resolve after the first couple of weeks of use or with dosage modifications.

Yet I often hear from subscribers and patients that their doctors won’t prescribe it because “it’s only for addiction.” That’s nonsense. True, naltrexone (50 mg) is licensed for opiate and alcohol problems. However, physicians routinely prescribe medications for “off-label” uses they deem appropriate—with the blessing of the FDA. Unfortunately, LDN is not even on the radar of most physicians, and far too many doctors are unwilling to make the effort to learn about it, even at patients’ requests.

The real problem is that naltrexone lost patent protection years ago. No pharmaceutical company is going to pour money into researching or promoting an off-patent drug that costs as little as a dollar a day. Although you can buy full-strength naltrexone at any drugstore, LDN is now available only through compounding pharmacies.

Even if a drug company decided to take it on, it would likely be ten times pricier. Big Pharma raked in billions of extra dollars in the past couple of years simply by jacking up prices of older medications.

Is LDN a Wonder Drug?

“Wonder drug” has been applied to more than a few medications over the years. Some, such as penicillin and aspirin, deserve the label; others, such as statins, not so much. It’s a designation not to be taken lightly, but I believe that LDN may be a contender.

The usual dose is 3–4 .5 mg per day, taken at bedtime. LDN is safe and well tolerated, but it should not be used in conjunction with opiate/narcotic drugs.

For more information, including a list of physicians who prescribe LDN, visit ldnscience.org and ldnresearchtrust.com. To schedule an appointment with a Whitaker Wellness physician, call 800-488-1500 or fill out this form for a complimentary consultation with one of our friendly and knowledgeable Patient Services Representatives.

Viruses and Viral Infections: What Works/What Doesn’t
Is a Gluten-Free Diet Right for You?