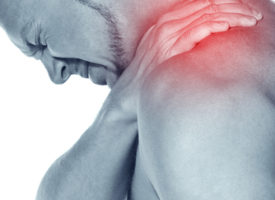 Years ago, I wrote an article about inflammation and how it negatively affects several aspects of health. At that time, the concept that inflammation underlies many of our most challenging health problems was neither well known nor widely accepted. Today, hundreds of thousands of studies underscore the adverse effects of systemic inflammation, making that “old” information as relevant today as it was back then.

Nevertheless, there is still a lot of misunderstanding about inflammation. Most people associate it with sore joints and muscles, but inflammation also affects the entire body—and not in a positive way. It plays a role in conditions that are not typically considered inflammatory diseases, such as obesity, heart disease, stroke, Alzheimer’s, and diabetes.

How can that be? How does inflammation figure into all these diverse conditions? I’ll explain…but first, let’s examine what inflammation really is.

Inflammation is part of the body’s response to injuries, infections, and other stressors. It is a natural process that the immune system sets in motion to protect the site of injury or infection and promote healing. Although inflammation is most evident with an external injury such as a wound or sprain, it’s just as active internally when you’re exposed to viruses, bacteria, or toxins of any origin.

During the inflammatory process, small blood vessels in the area dilate, and swelling (edema) may develop as blood vessels leak fluid into the surrounding tissues. Immune cells rush to the scene, and blood-clotting agents such as fibrin are formed. Circulation is impaired, and pain and loss of function may follow.

Inflammation is an essential aspect of the immune response and healing process, and it is normally short-lived and self-limiting. However, it’s not uncommon, especially as you get older, for impaired circulation and other factors to compromise your body’s ability to remove the byproducts of inflammation. These byproducts cause irritation on their own and may result in chronic inflammation.

You probably know that chronic inflammation is the mechanism at work in autoimmune conditions such as rheumatoid arthritis, multiple sclerosis, and type 1 diabetes. What you may not know is that it is also an underlying factor in cardiovascular disease.

The most problematic plaques in the coronary arteries are not, as we used to think, the large stable plaques that are seen on angiograms and attacked by angioplasty, stents, and bypass surgery. We now know that smaller, unstable “vulnerable plaques,” filled with inflammatory chemicals and topped with a thin fibrous cap, are far more dangerous. When this cap is disrupted, an inflammatory response is set into motion. Fibrin and other clotting factors rush to the scene, forming blood clots that may lodge in a coronary artery or in the brain—the coup de grace in heart attacks or strokes.

High levels of inflammation are a very accurate predictor of cardiovascular disease risk, and one of the best ways to test for inflammation is to measure blood levels of C-reactive protein (CRP). CRP is manufactured in the liver in response to inflammation anywhere in the body—including the arteries. In a study published in the New England Journal of Medicine, Harvard researchers found that men with the highest levels of CRP were twice as likely to have had a stroke and three times as likely to have suffered a heart attack, compared to those with the lowest levels.

The CRP-heart disease link has been confirmed in several subsequent studies. The pioneer in this field is Paul M. Ridker, MD, a cardiologist and researcher at the Brigham and Women’s Hospital and Harvard Medical School in Boston. In one study, Dr. Ridker and colleagues rated the various risk factors for heart disease in an attempt to see which best predicted future risk of heart attack. Looking at total cholesterol, LDL and HDL cholesterol, triglycerides, and homocysteine, they found that the single most accurate predictor was CRP. (The most accurate of all was a combination of CRP and the ratio of total cholesterol to HDL.)

We run high-sensitive C-reactive protein tests on many of our patients at the Whitaker Wellness Institute as a general screening tool. I suggest you ask your doctor about this simple, inexpensive blood test, and if your CRP level is elevated, take measures to bring down your level of inflammation.

Inflammation: The Link Between Oral and Cardiovascular Health

Because inflammation is associated with infection, links are also suspected between microbial infections and coronary artery disease. Viruses or bacteria may migrate to the arteries, possibly through white blood cells, and damage the arterial walls, setting the stage for atherosclerosis (buildup of plaque in the walls of the arteries). One area that has been closely studied is infections in the mouth.

At least half of all Americans over age 30 have gingivitis, mild gum inflammation caused by bacterial plaque. Untreated, it could progress to periodontitis, a major gum infection in which bacteria colonize pockets that form between the gums and teeth, slowly eating away tissue and bone and eventually leading to tooth loss.

It is not uncommon for people who suffer from acute periodontitis to also suffer with other health issues, including heart disease. This may be caused by low-level inflammation spreading from the mouth. Inflammatory compounds produced during the immune reaction in gum pockets can spill over into the bloodstream and trigger inflammation of arterial walls. Furthermore, microbes may travel from the mouth and affect blood vessels—oral bacteria have actually shown up in the plaques lining damaged arteries.

In one of several studies that support the link between chronic oral infections and increased risk of heart disease, researchers at the Ann Arbor Veterans Administration Hospital in Michigan discovered that men with severe periodontal disease were four and a half times more likely to have heart disease than men with healthy gums.

Consider this a call to action to keep your teeth and gums in good repair. It is possible that early treatment of gum disease may prevent thousands of heart attacks every year.

Stay Tuned for More on Inflammation

Help for Hearing Loss
The Truth About Inflammation: Part 2