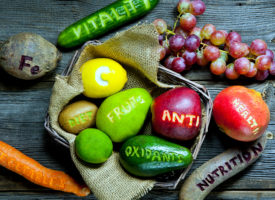 Vitamin C, vitamin E, beta-carotene, and other antioxidants are on everyone’s radar, so it’s ironic that we don’t hear much about the benefits of glutathione. After all, it’s the body’s premier antioxidant—and much, much more.

That’s probably because you can’t go to your health food store and buy glutathione in a bottle. Well, you can, but I don’t recommend it. Most of these supplements have little to no effect on glutathione levels in the body. But you can and should use more creative means to boost glutathione production because low levels of this crucial compound dramatically increase your risk of disease and vulnerability to toxins.

What Is Glutathione and What Does It Do?

Antioxidants are nature’s antidote to oxidative stress, the accumulation of free radicals that underlies a vast number of diseases and the functional impairments associated with aging. Glutathione and its related enzymes are among our most important antioxidants because, in addition to directly scavenging free radicals, they also reactivate other antioxidants.

But that’s just one aspect of glutathione’s prowess. It also plays crucial roles in the immune response, DNA repair, and the detoxification process that neutralizes drugs, chemicals, radiation, metabolic wastes, and other toxins and carcinogens.

Given this broad range of activities, it makes sense that glutathione depletion is associated with disease and aging—and that increasing levels is not only a smart move for health maintenance but also an effective therapy for a host of serious health concerns.

How to Reap the Benefits of Glutathione

Because oral glutathione is so poorly absorbed, most glutathione supplements are not very effective. However, you can circumvent this by supplying the body with the raw materials required for glutathione production.

Leading the list of glutathione precursor supplements is N-acetyl-cysteine (NAC). This natural derivative of cysteine is so effective at boosting glutathione production that it’s used in emergency rooms to treat acetaminophen (Tylenol) poisoning and to thin mucus in the lungs. (NAC is also effective for allergies, memory loss, and Parkinson’s.)

Alpha lipoic acid also ramps up glutathione synthesis and significantly enhances detoxification, and we use it at the clinic, along with selenium and silymarin, to treat hepatitis and other liver diseases. Recent research suggests that the “sleep hormone” melatonin boosts the benefits of glutathione, by stimulating production of the antioxidant enzyme glutathione peroxidase.

Targeted nutrients improve systemic glutathione status, but some conditions call for more intensive doses. This can best be accomplished by administering it intravenously (IV), thereby bypassing the digestive tract and efficiently delivering glutathione to target tissues.

We’ve had particularly good success treating patients who are recovering from strokes and those with hepatitis, neurodegenerative disorders such as Parkinson’s disease, and other chronic illnesses—conditions associated with dramatic increases in oxidative stress and depletions in glutathione. IV glutathione isn’t a slam-dunk, and at Whitaker Wellness we always use it in conjunction with hyperbaric oxygen and other therapies, but we’ve seen remarkable improvements, particularly in patients who’d been told that nothing else could be done.

For example, C.G., who’d had Parkinson’s disease for more than a decade, had a pronounced tremor and an unsteady, halting gait that made her dependent on a walker. But with treatment, she graduated from walker to cane—to dancing! Ellie came to the clinic because her viral load was sky-high, despite having tried the gamut of drugs for hepatitis C, and she had been advised that, sooner or later, she would need a liver transplant. She left with a fivefold reduction in her viral load and normalization of liver enzymes.

Glutathione is also an excellent treatment for emphysema, chronic obstructive pulmonary disease (COPD), cystic fibrosis, and other serious lung diseases, but again, getting therapeutic amounts into the lungs is a challenge. The solution: nebulized (converted into a fine spray) inhaled glutathione. Before Roger started using inhaled glutathione, COPD made every breath a struggle. He was constantly coughing up phlegm and was on continuous oxygen therapy. Glutathione cannot cure this chronic condition, but it reduced Roger’s oxygen requirements, coughing, and phlegm and dramatically improved his quality of life.

Inhaled glutathione can be administered at home, but it does require a prescription and must be ordered from compounding pharmacies. To learn more about receiving IV and nebulized glutathione at the Whitaker Wellness Institute, call 866-944-8253 or fill out this form.