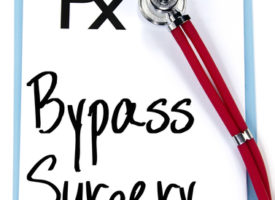 Second opinions are pretty much a daily occurrence at the Whitaker Wellness Institute. Many times these patients consult us after being told they’re a “walking time bomb” or a “heart attack waiting to happen” unless they have immediate bypass surgery or angioplasty.

The problem is, most people who are frightened into bypass surgery and other heart procedures have stable coronary artery disease, marked by angina that comes on with activity or stress. Of course they need relief from chest pain, but they are not “about to drop dead.” And the last thing they need are risky interventions that clearly do not prevent heart attacks or prolong life.

Bypass Surgery Is a Fraud

Bypass surgery has been a fraud from day one. First done in the late 1960s on the assumption that grafting arteries around coronary blockages would improve health and longevity, this surgery was enthusiastically embraced by surgeons long before anyone knew if it actually worked.

The first study evaluating its efficacy, completed in 1977, demonstrated that bypass is a bust. Patients with coronary artery disease who underwent bypass surgery did not live longer or have fewer heart attacks than those simply treated with medications. By that time, however, 100,000 human guinea pigs were undergoing bypass every year. So the heart surgery industry fought back, roundly criticizing the study while pushing more and more patients into operating rooms.

In a repeat effort to scientifically vindicate bypass surgery, leading surgeons and medical centers conducted what was to be the definitive study: the Coronary Artery Surgery Study (CASS). CASS involved 780 patients with blockages in one, two, or three coronary arteries who were randomly assigned to receive either bypass surgery or conservative drug treatment.

Another bust! CASS, published in 1983, also concluded that surgery provided no benefits over medical therapy. This study demonstrated that bypass not only doesn’t work, it can’t work. The annual death rates in the bypass and medication groups were 1.1 and 1.6 percent, respectively—a wash. No intervention, especially one as dangerous as bypass surgery, can save the life of someone who isn’t going to die. According to this study, you would have to operate on 100 patients to save one life.

Heart surgeons ignored CASS, just as they’ve ignored all the other clinical trials discrediting not only bypass surgery but also angioplasty. Interventional cardiologists claim angioplasty is a safer, less invasive alternative to bypass for reducing angina, preventing heart attacks, and saving lives. This is patently false, as demonstrated by dozens of studies, including a 2014 meta-analysis that concluded, “PCI [angioplasty] with MT [medical therapy] was not associated with a reduction in death, nonfatal MI [heart attack]…or angina compared with MT alone.”

So why are a million patients per year being funneled into these worthless procedures? Follow the money, folks. The heart surgery industry generates more than $100 billion per year and is the leading income stream for many hospitals. Money obviously trumps patient well-being. Even the most uneventful bypass surgery involves hospitalization and prolonged recovery. Then there’s the danger of surgery-related infection, bleeding, stroke, heart attack, and the highly significant risk of enduring memory loss. Sure, angioplasty is less invasive, but why bother if patients do just as well, or better, without it?

Fifty years ago, when bypass surgery and angioplasty were in their infancy, our knowledge of what caused heart attacks was limited. It’s understandable, even forgivable, that the focus was on bypassing or propping open the large plaques and blockages visualized on angiograms.

Today, there’s no excuse for hanging on to refuted theories that shore up the bulk of the heart surgery industry. We know that cardiovascular disease affects arteries throughout the body and that most heart attacks are caused by smaller, unstable plaques or lesions, which rupture and cause the formation of blood clots that block blood flow to coronary arteries.

However, cardiovascular disease is not inevitable. You can—and should—take steps to enhance the health of your entire cardiovascular system. These include regular exercise, a healthy diet, and smoking cessation; antioxidants, omega-3 fatty acids, B-complex vitamins, coenzyme Q10 (CoQ10), magnesium, L-carnitine, and other nutrients; and, if needed, medications such as nitroglycerin to relieve angina.

At Whitaker Wellness, we have another therapy for symptomatic coronary artery disease: enhanced external counterpulsation (EECP). During EECP treatments, patients lie on special beds with pressure cuffs wrapped around their calves and thighs. As the cuffs rhythmically inflate and deflate in sync with the heartbeat, blood is pushed up from the extremities throughout the entire vascular system.

EECP has lasting effects on cardiovascular function. In addition to reducing arterial stiffness, it increases production of nitric oxide, which dilates the arteries and improves circulation. EECP also promotes the release of regenerative stem cells that repair damaged areas and stimulate the growth of new blood vessels around arterial blockages.

This safe, noninvasive alternative to bypass surgery has been shown in dozens of clinical trials to reduce angina, increase exercise capacity, and dramatically improve quality of life. You’d think EECP would be a first-line treatment for coronary artery disease. But it’s offered only to patients who have either failed or are considered unsuitable candidates for bypass surgery or angioplasty.

It’s high time doctors give up their infatuation with dangerous, expensive, invasive procedures and begin basing treatment decisions on science rather than obsolete theories and personal biases. Until then, patient beware.

Say NO to Bypass Surgery

If you are recommended for bypass surgery or angioplasty, get a second opinion from an independent doctor.

To find out if you are a candidate for EECP or any of our other natural therapies for heart disease, call 866-944-8253 or fill out this form for a complimentary consultation with one of our friendly and knowledgeable Patient Services Representatives.