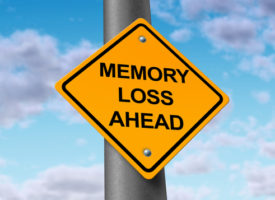 A few years ago, Big Pharma giant Eli Lilly halted clinical trials of a new drug for Alzheimer’s. Not only did the drug fail to improve memory loss and function in patients with this disease, it actually made them worse!

The medication in question blocks production of beta amyloid, a toxic protein that builds up in the brains of patients with Alzheimer’s. More than 100 other pharmaceuticals targeting beta amyloid are still being tested. However, this colossal failure put drug companies in a tizzy because it underscores the unpleasant truth that they’re not even close to finding an effective therapy for this devastating condition.

I’m not surprised. The pharmaceutical industry isn’t really looking for a cure. They’re looking for a single, patentable molecule that addresses a specific aspect of the disease. That’s what drug development is all about—and it’s in complete contrast to my view of medicine, which is to offer comprehensive programs to modify multiple disease risks, not one-shot bullets that may or may not hit the bull’s eye.

On that note, I want to tell you about a number of steps you can take to prevent neurodegeneration and improve cognitive function before the brain is ravaged and memory loss is irreversible.

One of the disease processes contributing to brain degeneration is insulin resistance, the underlying cause of type 2 diabetes and metabolic syndrome. This common form of diabetes more than doubles the risk of developing memory loss and dementia—a statistic that bodes poorly for the tens of millions suffering with diabetes.

Insulin receptors are abundant in the brain, particularly in the hippocampus and hypothalamus, areas involved in memory and learning. Although insulin isn’t required for glucose transport in the brain, it has other roles, including acting as a growth factor that nurtures neurons. When these receptors become insensitive to insulin’s signals—just like cells in the rest of the body become insulin resistant—things go wrong. Cerebral blood flow is reduced; levels of acetylcholine, the “memory” neurotransmitter, decline; beta-amyloid and other toxic proteins accumulate; and glucose utilization and energy metabolism are impaired.

Several diabetes drugs are being evaluated as treatments for reducing insulin resistance in the brain and preventing dementia. However, researchers from Washington State University report that there’s already an effective therapy. In Type 3 Diabetes: Brain Diabetes?, they note, “Physical activity, independent of weight, is associated with a lower risk of AD [Alzheimer’s disease], making it the only proven neuroprotective therapy. …exercise promotes the clearance of beta-amyloid proteins and increases brain-derived neurotrophic factor, a growth factor vital to cognition and neuronal survival that is reduced in AD.”

Make a point to eat regular servings of neuroprotective foods such as cold-water fish, low-glycemic vegetables, and berries. Blueberries and strawberries contain antioxidant and anti-inflammatory polyphenols, which help clean up toxic proteins that impair function. Wine is another good source of polyphenols. Scores of studies have demonstrated that moderate consumption of wine—and other types of alcohol, for that matter—reduces risk of memory problems and dementia. (Heavy use has very, very significant adverse effects, so don’t use this as an excuse to drink if you can’t control it.)

And don’t forget caffeinated coffee and tea. Caffeine reduces amyloid plaques in the brains of animals, and a 21-year-long Scandinavian study showed that people who drank three or more cups of coffee a day had a 65 percent reduced risk of dementia, compared to people who drank two or fewer cups.

Another often-overlooked lifestyle issue when it comes to memory loss is sleep. Good, solid slumber is necessary for consolidating memories and refreshing the brain’s capacity for learning. It’s no coincidence that you feel mentally slow and foggy after a poor night’s sleep. The problem I’m most concerned about, however, is sleep apnea. The repeated breathing cessation characteristic of this condition deprives the brain of oxygen, constricts blood vessels, and unleashes a storm of free radical damage and inflammation that leads to neuronal damage. If you snore, ask your doctor about being tested for sleep apnea, and if you have it, get treated. It could save your memory.

Protect Your Memory With Supplements

My final recommendation for keeping your brain in shape and your memory intact is to start on a brain-boosting nutritional supplement program.

Begin with fish oil. Omega-3 fatty acids are essential for optimal neurological function. Low levels of DHA, the dominant omega-3 in the brain, are associated with more rapid cognitive decline and increased risk of dementia.

Add B vitamins. Folic acid and vitamins B6 and B12 reduce levels of homocysteine, a toxic amino acid linked with an increased risk of Alzheimer’s disease. In a placebo-controlled study, scientists from the University of Oxford gave older volunteers with mild memory problems high doses of these vitamins. Repeat MRIs two years later revealed marked reductions in brain atrophy (shrinking of the brain characteristic of dementia) in the participants who had taken B vitamins. Those whose initial homocysteine levels were highest reaped the greatest benefits—their rate of atrophy was half that of the placebo group. The vitamin takers also scored higher on tests of cognitive function.

Make sure you take vitamin D because deficiencies are also associated with memory loss. British researchers tested the vitamin D blood levels and cognitive function of 858 people over age 64, followed them for six years, and found that those who were severely deficient had a 60 percent greater likelihood of serious memory decline.

If you want to go the extra mile, take a targeted brain-boosting formula. One of my favorite brain boosters is curcumin, which helps reduce neuro-inflammation and discourages the buildup of beta-amyloid. Other neuroprotective ingredients to look for include Huperzine A, a botanical that supports healthy neurotransmitter levels; Ginkgo biloba, which improves blood flow and oxygen delivery to the brain; and phosphatidylcholine (PC) and phosphatidylserine (PS), key components of cellular membranes that facilitate intercellular communication.

Folks, you have a choice, and you need to make it now. Five million Americans are currently living with Alzheimer’s disease. Worldwide prevalence is expected to increase by 85 percent in the next two decades and triple by 2050.

New diagnostic tests make it clear that degenerative changes in the brain begin years before memory loss is evident. Adding the preventive therapies we’ve discussed to your health arsenal will protect your brain and memory and help you win the battle against cognitive problems now and for years to come.

To learn more about your treatment options for sleep apnea, click here or call 866-944-8253 for a complimentary consultation with one of our Patient Services Representatives.

Have your homocysteine and vitamin D levels checked and take up to 5,000 IU of vitamin D, 5,000 mcg of folic acid, 125 mg of vitamin B6, and 2,000 mcg of vitamin B12 per day. Recommended daily doses of the other supplements discussed above are: DHA 500–1,000 mg, curcumin (depends on the form—at Whitaker Wellness, we use a very well-absorbed form called Longvida 400 mg), Huperzine A 100 mg; phosphatidylcholine (250 mg of alpha-GPC, the best-absorbed form), phosphatidylserine 100–200 mg, vinpocetine 10 mg, and Ginkgo biloba 120 mg.

Look for these supplements, in single or combo products aimed at brain support, in your health food store or online. To order my formula, Mind & Memory Essentials, which contains many of these protective compounds, call (800) 810-6655.

6 Tips to Get Fit in 2015
Back in the Day…Still True Today: Dilantin