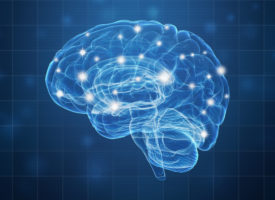 This time of year, a lot of people have football on the brain. Although football is one of America’s favorite pastimes, this rough and tumble sport has a dark side. In a study published last year in JAMA, scientists from Boston University found traumatic brain injuries (TBIs) in 110 out of 111 brains of deceased former NFL players.  Brain damage is a serious problem, not only for NFL pros but also for high school and college players, people who sustain head trauma in accidents, and patients who suffer with stroke or neurodegenerative disease.

Fortunately, a therapy we’ve been using for nearly two decades at Whitaker Wellness can help reverse brain damage. And with superstars like Joe Namath championing the cause, this remarkable treatment may finally receive the attention it deserves.

Sports fans know Joe Namath as the Hall of Fame NFL quarterback with the rocket arm who led the New York Jets to victory in the 1969 Super Bowl. Others remember Broadway Joe, the flamboyant, charismatic playboy who was professional sports’ premier rock star. But you may not be aware of Joe Namath’s latest passion, which is helping people with neurological deficits caused by TBI. Joe’s interest is personal. He had at least five concussions during his football career, and his own memory concerns plus increasing awareness of the consequences of repetitive TBI in the NFL—highlighted by the 2012 suicide of former linebacker Junior Seau—prompted him to get checked out.

A golfing buddy referred Namath to a clinic in Jupiter, FL, that was using SPECT scans, which measure blood flow and metabolic activity in the brain, to look for signs of TBI. Sure enough, Joe’s tests revealed damage on his left “blind side,” where right-handed quarterbacks are most often hit. This clinic, however, did something few other clinics do. It offered hyperbaric oxygen. Conventional doctors maintain there’s no treatment for TBI beyond acute care, prescription drugs (antidepressants, painkillers, anticonvulsants, etc.), and rehab, but that’s just not true. Hyperbaric oxygen actually gives damaged neurons a chance to heal, making it our best hope for improving chronic neurological symptoms.

Joe underwent a course of hyperbaric oxygen, and as treatment progressed, repeat SPECT scans showed increased activity and blood flow in affected areas of his brain. These signs of recovery coincided with his subjective improvements: “My thinking is much clearer. Finding the right words has become easier and I remember events with more clarity…. I sleep more soundly and have vivid dreams. I now have more energy and strength. I feel great!”

We’ve been using hyperbaric oxygen at Whitaker Wellness for nearly 20 years and have treated thousands of patients so I know from experience that this kind of response is routine. Here’s why.

Neurons that survive any kind of brain injury often remain in a state of “suspended animation”—they have just enough energy to stay alive but not enough to function properly. As you know, oxygen is essential for energy production, and the brain is a voracious consumer of oxygen. Hyperbaric oxygen, which involves breathing 100 percent oxygen in a special pressurized chamber, provides an influx of oxygen that sparks energy production, wakes up inactive neurons, and turns on the process of building neuronal connections. Even an untrained eye can see the differences in before-and-after SPECT scans. After hyperbaric oxygen therapy, areas around injury sites that were once dark and dormant light up with metabolic and electrical activity.

I could fill a book with stories of Whitaker Wellness patients with brain damage who have experienced the benefits of hyperbaric oxygen treatment: people injured in falls, shootings, and car crashes; professional athletes and weekend warriors with a history of head trauma; children with cerebral palsy; adults who’ve had a stroke or suffer with neurodegenerative disorders.

Frank Bostwick was plagued with vision problems, dizziness, and brain fog that lingered for four years following coronary artery bypass surgery. (Memory loss and other neurological deficits are relatively common consequences of bypass.) Hyperbaric oxygen improved his balance, vision, focus, and mental acuity and enabled him to read, work on his computer, drive, and do chores around his ranch.

Angel Gomez, a 19-year-old Marine serving in Iraq at the time, sustained blast and shrapnel injuries from a roadside bomb, which destroyed portions of his skull and damaged his brain. After three years of reconstructive surgeries and rehabilitation, he made remarkable progress relearning how to walk, talk, and deal with a partially paralyzed right arm. He continued to have memory and cognitive problems, so he came to the clinic for hyperbaric oxygen therapy. After completing his treatment course, Angel reported significant improvements in his speech, memory, concentration, energy, and confidence.

Stan Smith had a massive brain stem stroke that resulted in right-sided paralysis and vision, speech, and swallowing difficulties. With intensive stroke rehabilitation, he regained a good deal of his function, but a year later, he had another stroke. At that point, Stan and his wife, Barbara, felt that if they didn’t do something he’d have to go into a nursing home, and they were convinced that coming to my clinic for hyperbaric was his best option. Stan was so frail that Barbara had to push him through the airport in a wheelchair. Yet just three days into his treatment course, he was able to walk with the aid of a cane. He still has some balance problems and limitations with his right hand. However, the benefits of hyperbaric oxygen therapy speak for themselves. He is now able to work in his woodshop, give occasional motivational talks, and he and Barbara have full and active lives.

Millions Could Reap the Benefits of Hyperbaric Oxygen

Approximately 1.5 million Americans visit emergency rooms each year with acute TBIs sustained in falls, motor vehicle accidents, assaults, and other traumatic events, and untold numbers of “mild” concussions and head injuries go unreported and untreated. Then there are non-traumatic brain injuries caused by infections, drugs and other toxins, and strokes and cardiac arrest, which damage the brain by cutting off blood and oxygen supply.

Although many people recover and regain function, more than 3 million survivors have lingering physical, mental, emotional, and/or behavioral problems. Actually, the toll is much higher. Recent research suggests that even mild repetitive brain injuries elevate risk of delayed or later-life neurological impairment and increased incidence—and earlier age of onset—of dementia, Alzheimer’s, Parkinson’s, and other neurodegenerative disorders. For example, autopsies reveal that Junior Seau and other football players and boxers have signs of chronic traumatic encephalopathy, a progressive degenerative brain disease linked to memory loss, impaired judgment, headaches, depression, and dementia.

Spreading the Word on the Benefits of Hyperbaric Oxygen

Joe Namath’s experience inspired him to spread the word about the benefits of hyperbaric oxygen therapy, and in 2014 he and his doctors created the Joe Namath Neurological Research Center in Jupiter, FL, to study HBOT as a treatment for brain injuries. I applaud his efforts. It’s time hyperbaric oxygen is recognized for what it is: a promising therapy with the potential to change the lives of millions who are suffering with chronic neurological problems.

Where to Get Hyperbaric Oxygen

Hyperbaric oxygen therapy is an excellent treatment not only for traumatic and non-traumatic brain injuries but also a host of other problems, including infected wounds and circulatory disorders. Visit www.namathneurocenter.com for more information about the Joe Namath Neurological Research Center and how you can participate in or donate to the center’s clinical trial. To locate a hyperbaric oxygen treatment facility near you, visit www.hyperbariclink.com.

If you’d like to learn more about hyperbaric oxygen treatment at Whitaker Wellness, call 866-944-8253 or fill out this form for a free complimentary consultation with one of our friendly and knowledgeable Patient Services Representatives.

Low-Dose Aspirin: Should You Be Taking It Daily?
Flu Prevention and Treatment